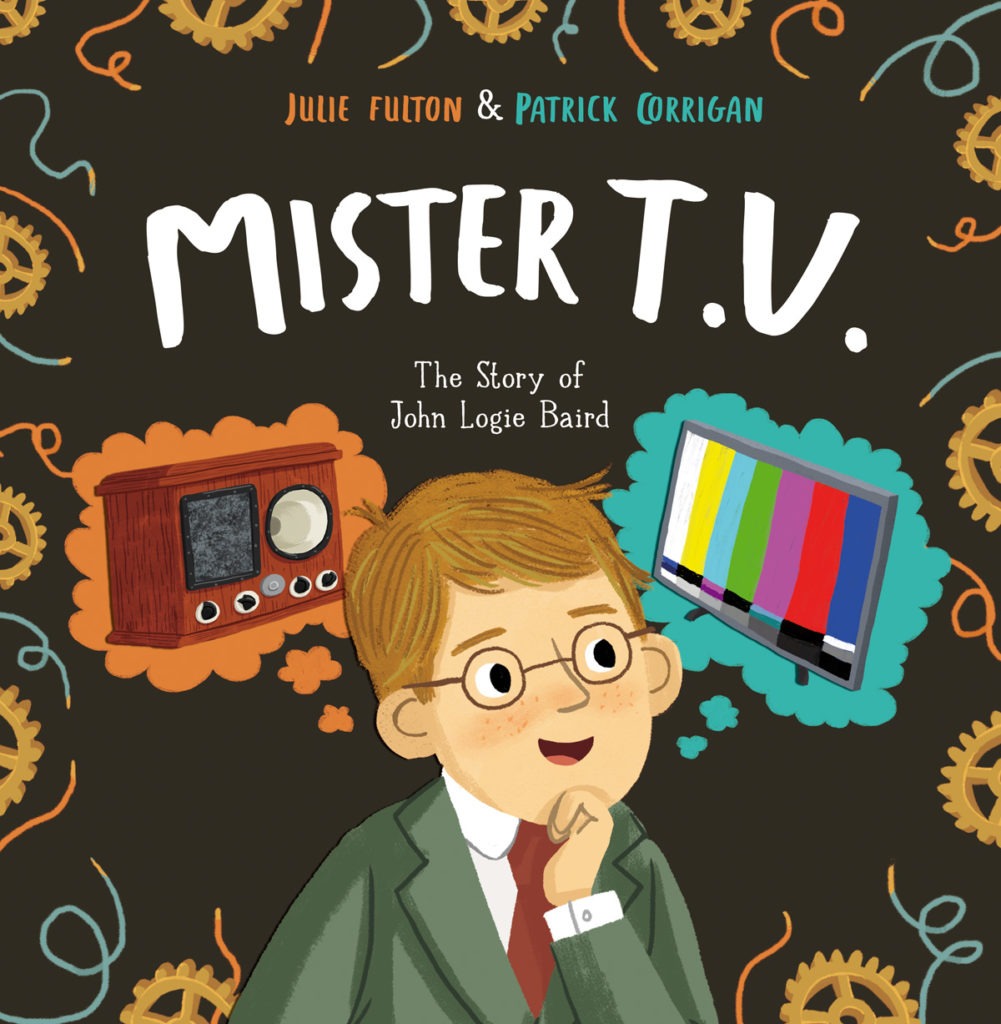 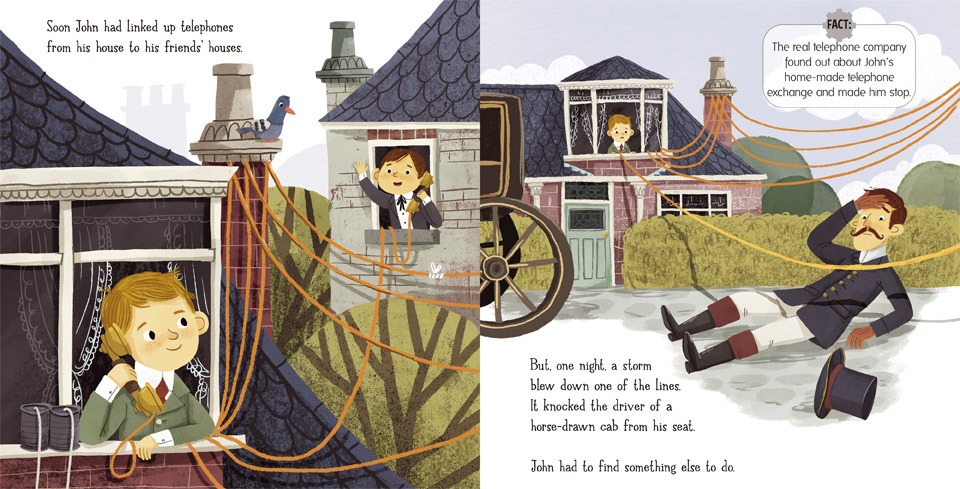 What was the most important and influential invention of the Twentieth Century? Up and down the country arguments will rage over dinner tables about what deserves that accolade – and there are plenty of contenders. I’d be pretty surprised however if the television wasn’t close to the top, if not in premier position, on most peoples’ lists.

Of course we know now that there were no simple stories like that in the world of science and invention. Great minds worked in parallel or even in competition on similar ideas and who did what and when is often the cause of bitter dispute. So it was with Baird too and we know that in many ways this creative, dogged Scottish engineer and inventor was working with a whole number of previously developed ideas and theories from other scientists across the world.

So it’s great to see that this new picture book for younger readers takes that as its starting point. In an easy to follow, clear way the path to Baird’s eventual invention of what he called his ‘televisor’ is where this story of this great man’s life kicks off. Always, at heart, an inventor, the book introduces us to Baird’s early – sometimes hare-brained – ideas for the betterment of the human condition. How about a glass shaving razor? Air-filled shoes?

But it was, of course, the desire to capture and broadcast live moving pictures through a picture box that really floated his boat and it was through his efforts that we are able to watch great events unfold in real time in our living rooms.

Julie Fulton has done a great job giving us the story in a digestible way and with plenty of humour to go along with what is an exciting tale of endeavour and discovery. There are plenty of fascinating facts lifted out into boxes on the page and by setting them out in this way we are given plenty of real information we can rely on as authoritative.

A word for Patrick Corrigan’s illustrations too which bring Baird to life and give the story an added dimension. The illustrations are bold and imaginative and are a vital ingredient in the humour.

This is another generous and well produced book from the good people at Maverick Publishing who always do such a great job of producing these picture books for young readers that have a combination of fascinating subject matter and great illustration.

If you can’t get to your local independent bookshop to buy or order a copy of this one, go directly to the Maverick website –  and get it from there.  That will also give you the chance to see all the other great stuff that they have waiting for you!

Thank You!
Read the full review here and many more from The Letterpress Project!
Pre-order your copy Mister TV now!