Paul and C from Read It, Daddy have been lucky enough to get their hands on an advanced copy of Mister T.V. written by Julie Fulton and illustrated by the talented, Patrick Corrigan; 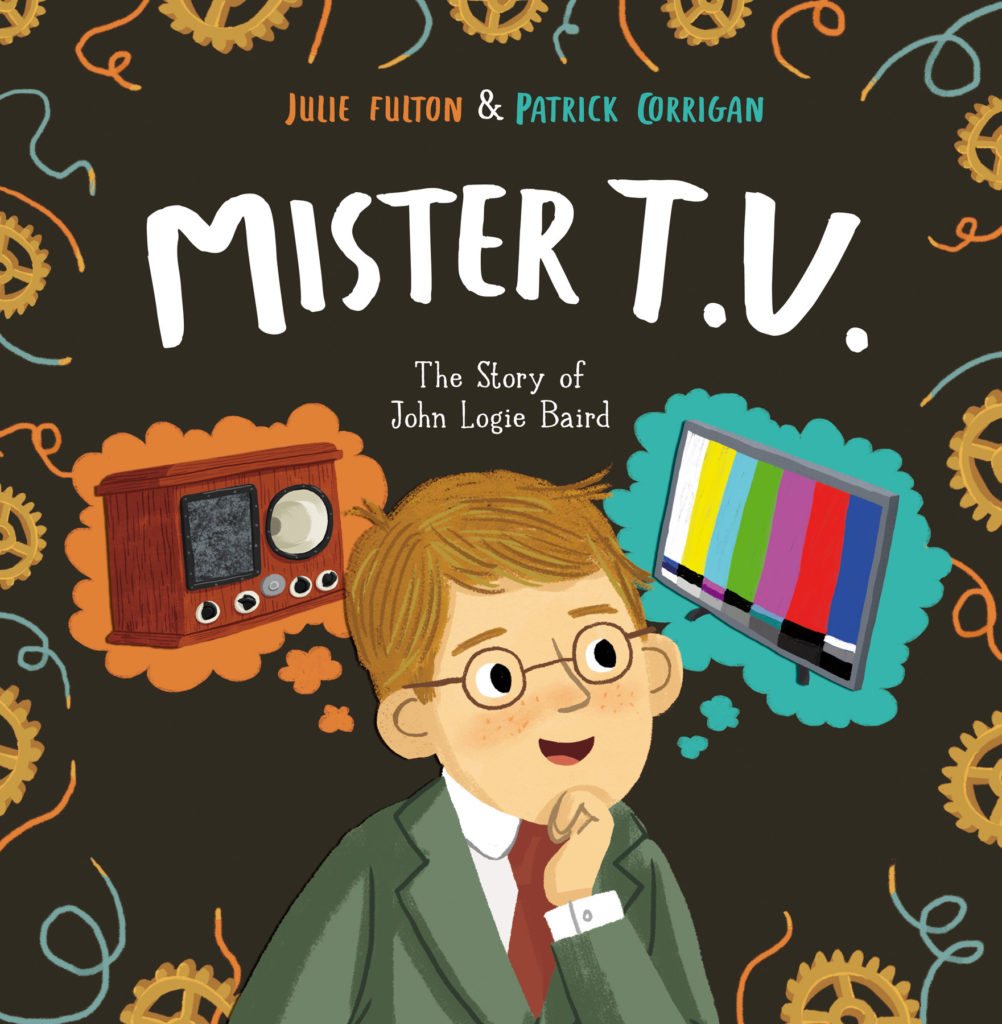 In “Mister TV” this awesome duo chronicle the life of this tinkerer and inventor, who single-handedly changed the world with the invention of a mechanical televisor – the first device to transmit and receive a picture, and the forerunner to later electronic devices that perfected this amazing invention.

Logie Baird was always inventing as a child, though not always with the desired end result – but the lyrical storytelling details his inquisitive nature and his quest to come up with his own versions of gadgets, constantly refining and improving them until at last he came up with his breakthrough invention, the telly – something that still plays such a huge part in our daily lives.

Logie Baird later went on to conduct experiments in 3D TV and colour TV, and is widely recognised alongside others as “The Grandfather of Television”.

It’s great to see Maverick still publishing awesome books, and this brilliant account of John Logie Baird’s life is well worth nabbing if your kids love science and love to learn more about the historical figures behind some of the world’s greatest inventions.

Sum this book up in a sentence: A truly fabulous storytelling biography of one of the most innovative, inquisitive and clever inventors and his breakthrough work on bringing modern television to the masses.

Thank You!
Head over to Read It, Daddy’s blog here!
Mister T.V. will be available to pre-order from March, head on to our Maverick social media to keep up to date with releases!