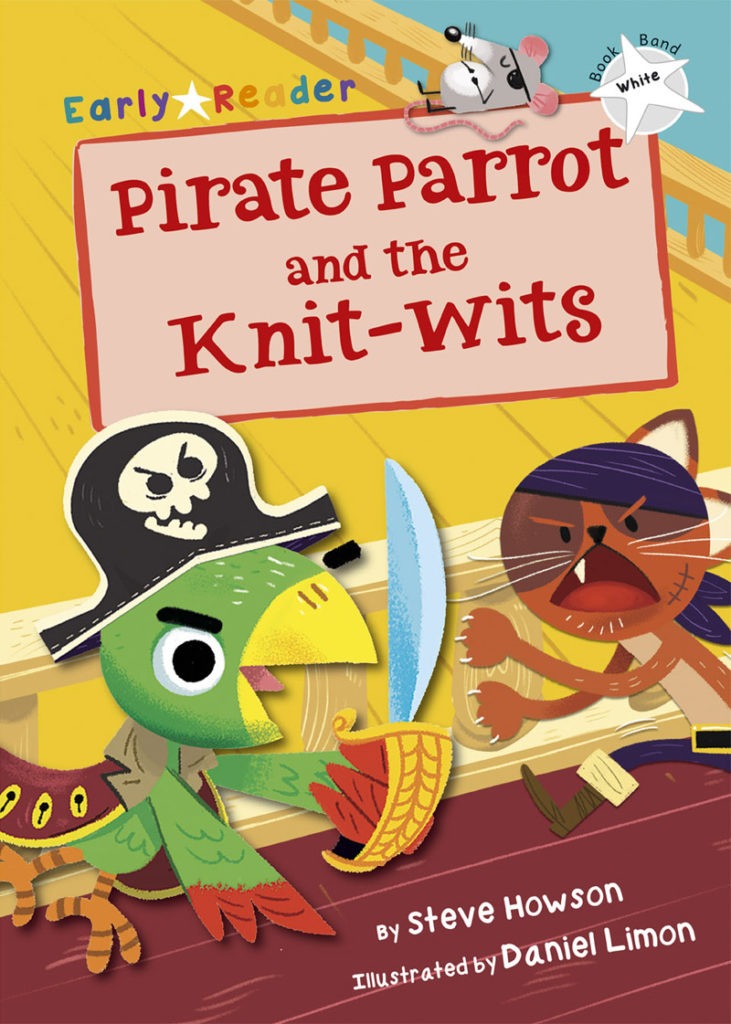 Wow, this is such a wonderful review from My Book Corner about our White Band Early Reader, Pirate Parrot and the Knit-wits by Steve Howson and Daniel Limon.

“What a fantastic story!

The character names and their hilarious capers out on the sea will have readers laughing from the first to last page. A tale of clever animals as they outsmart the humans they sail with. With Steve Howson providing the text along with Daniel Limon’s colourful illustrations this is a fantastic addition to any bookshelf.

Join parrot Jim Squawkins and his fearless animal friends as they set sail on The Crooked Cross-stitch, a pirate ship destined for treasure-lined shores. When another pirate ship is spotted on the horizon, Bogey the crow and Clarence the cat help Jim successfully defend their ship and all who sail on her.

Surprising the other mean pirates with their plan of attack, the animals steal all their treasure, much to the delight of the Crooked-stitch’s Captain Ken and the other sailors who were hiding below deck. With a ship full of gold and treasures galore, they land on an island where they store their riches before setting sail once again. A storm interrupts their celebrations sending them crashing into rocks and they watch their beloved ship sink to the bottom of the murky sea. They begin to paddle to the nearest island but their lifeboat just isn’t going anywhere. Thankfully, they had saved their knitting needles and in a flurry of loops and swirls, a beautiful new sail is created, taking them onwards. The crew of the Crooked Stitch decide to stay but life on the sea calls to all the animals and they leave their human hearties on dry land and venture forth across the waves.

Can Captain Jim sail the seas forever more or does he come across more merciless pirates to steal treasure from?”

You can read their full review and many more on their website.

All of our Early Reader books can be purchased at Hive.