Day 6 of our Trailblazer Blog Tour is underway with a great post from Library Girl and Book Boy; 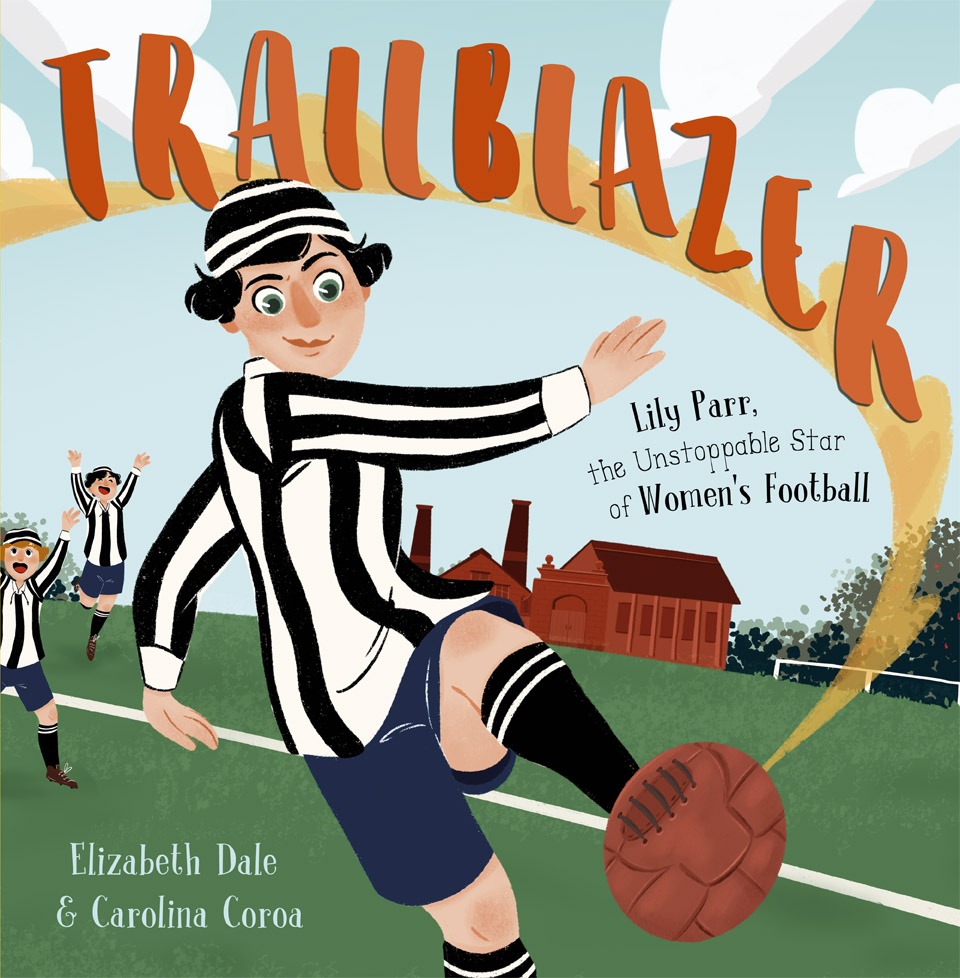 Nowadays, women’s football is shown on the television and some of its star players are household names.  It seems difficult to believe that in 1921, the Football Association decided to ban women’s football. But who was playing? And why had some women been allowed to play in the first place? ‘Trailblazer’ may just give you some of the answers.

Did you know that whilst English men were away fighting in the First World War, women took on many roles which they had never been allowed to perform before – including playing football?

‘Trailblazer’ tells the story of one of the unbelievable women who became a superstar of the early women’s game – Lily Parr.

Even from an early age, Lily loved playing football and showed great skill. But there were plenty of people who thought that girls shouldn’t be playing football. This didn’t stop Lily’s talent from being noticed and her joining the women’s football team at the factory she worked at. What followed was a battle to keep the women’s game alive in the face of great adversity.

I love that this title tells Lily’s story in such an engaging way.  The pages feature fantastic illustrations which will help younger readers follow the text which tells us about Lily’s life. The story itself is fascinating but the fact boxes on each page add extra interest.

It’s important that children know the difficulties people faced when wanting to do things which the children themselves might take for granted. The historical context of the First World War and the impact this had on women’s rights is brought to life in this fabulous narrative non-fiction title.

I can’t wait to see which other inspirational people will be introduced to young readers in this brilliant series!

Thank You!
Read the full review and more from Library Girl and Book Boy, here!
Grab a copy of Trailblazer here too!